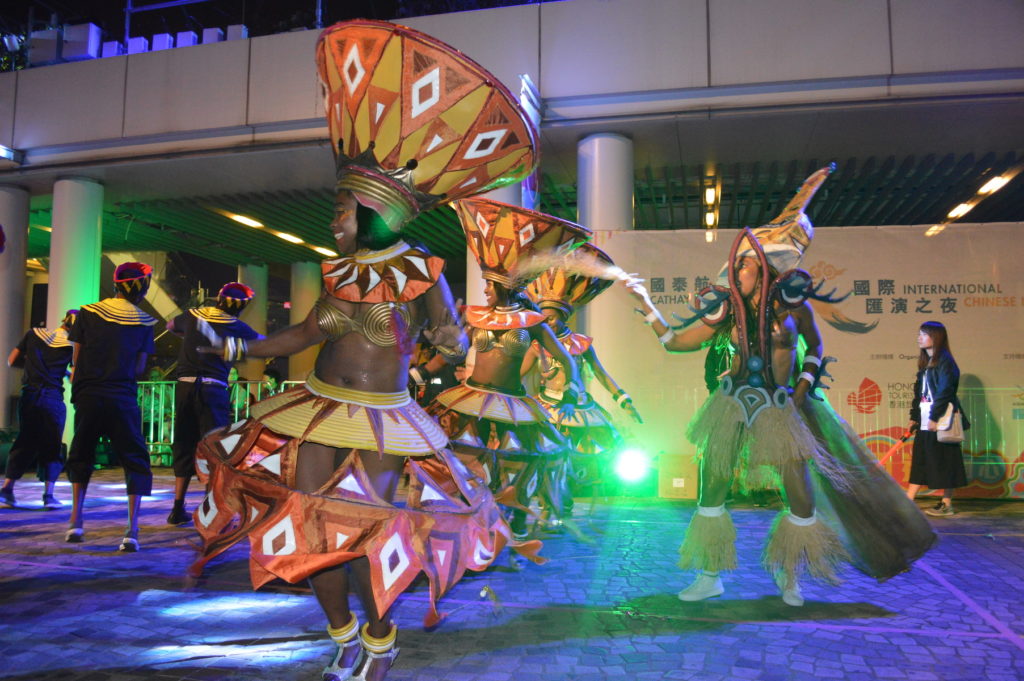 Cape Town, 07 February 2019 – After seeing some of the Cape Town Carnival’s larger-than-life costumes recently, The Hong Kong Tourism board invited and paid for a large group of Carnival performers to take part in the internationally-acclaimed Cathay Pacific International Chinese New Year Night Parade which took place on two nights ago in Hong Kong. “This fantastic opportunity points an arrow at our skilled costume design and level of creativity, suggesting that South African Carnival performers are equally suited to perform at international festivals and parades, much like the International Chinese parade,” comments Jay Douwes, CEO of the Cape Town Carnival. 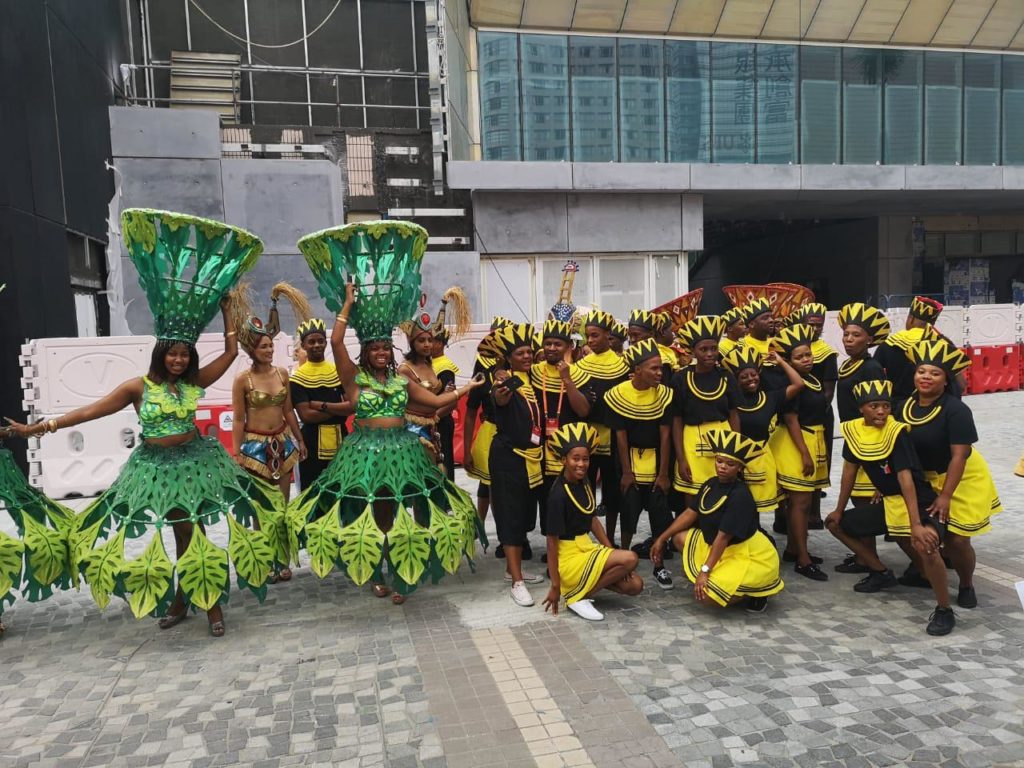 The Cape Town Carnival put together a fantastic routine comprising of the Likhwezi Arts Project that have performed at the Cape Town Carnival for over eight years. “We have created a strong African performance that showcased the amazing talent we have in this country,” says Pamela Mtati, group leader of the Likhwezi Arts Project. The song, Mambhele was also carefully chosen for the performance, as it needed to resonate with the African influence, and is performed by the Abavuki Marimba band, which are from Langa in the Cape.

The grandiose costumes chosen were tribal costumes with giant headgear, the beautiful and elegant Protea and an intricately made elephant. The dancers were dressed in loud yellow and black costumes with a strong traditional Xhosa design. “This is our time to showcase South Africa and all its incredible talents in costume and dance,” says Douwes.

The Cathay Pacific International Chinese New Year Night Parade is very similar in its structure to The Cape Town Carnival. It had a build-up to the event from 6pm with several performers and games positioned along the route to excite the crowds. The main event started at 8 pm with nine illuminated and colourful floats and 13 international performing groups and 12 local groups.  The Cape Town Carnival group looked brilliant in their mesmerising costumes and danced their hearts out to the cheering crowd. 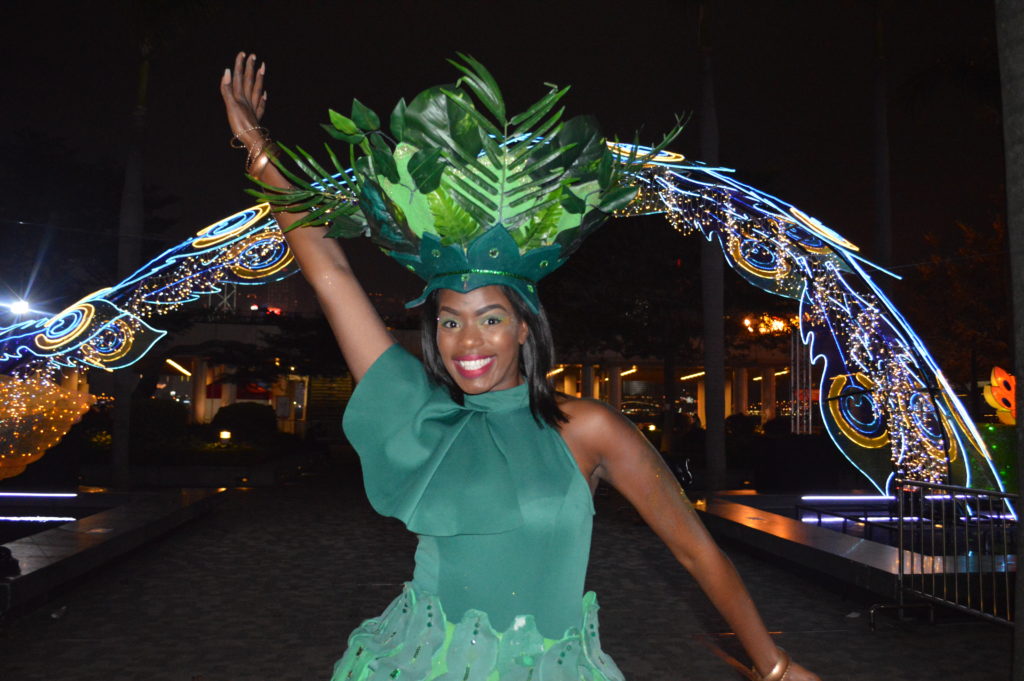 ‘It was such an incredible experience to work with such generous and professional people, and this couldn’t have been more of an out-of-this-world experience for my first overseas trip,” exclaims Yolanda Mtshawu, marketing assistant and trip co-ordinator for the Cape Town Carnival.

The Cape Town Carnival, held annually in March, is a street parade that showcases and celebrates the diversity of Cape Town and South Africa. For several hours on a late-summer evening, more than 50 energetic and talented community performance groups, spectacular floats, giant puppets and extravagant costumes bring the Green Point Fan Walk alive, while thousands of spectators from all over the world converge along the 1.2km parade route. 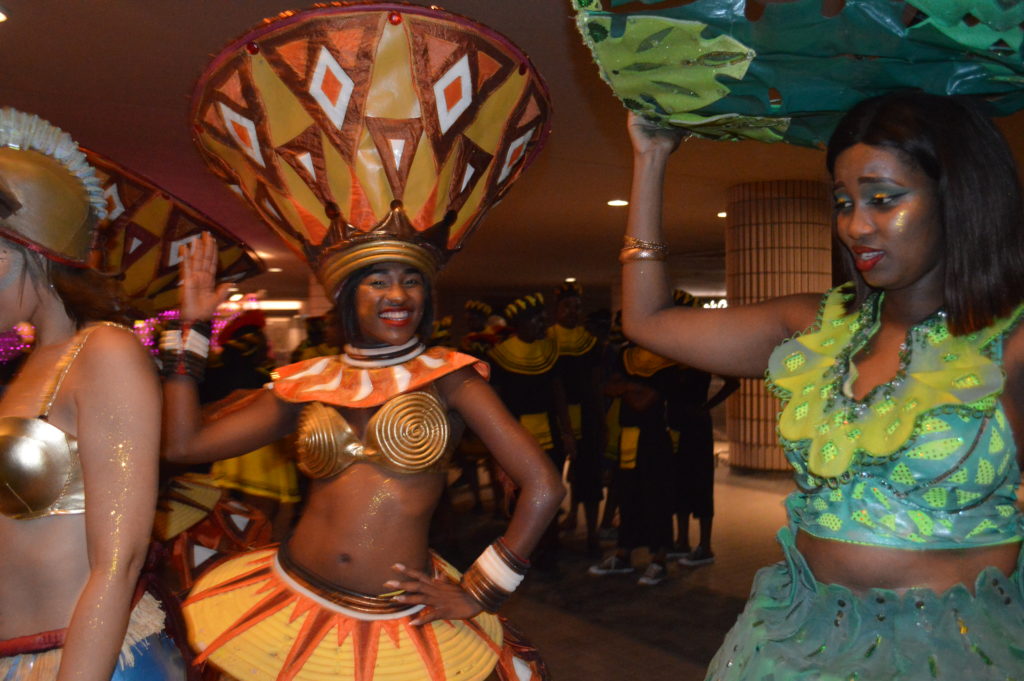 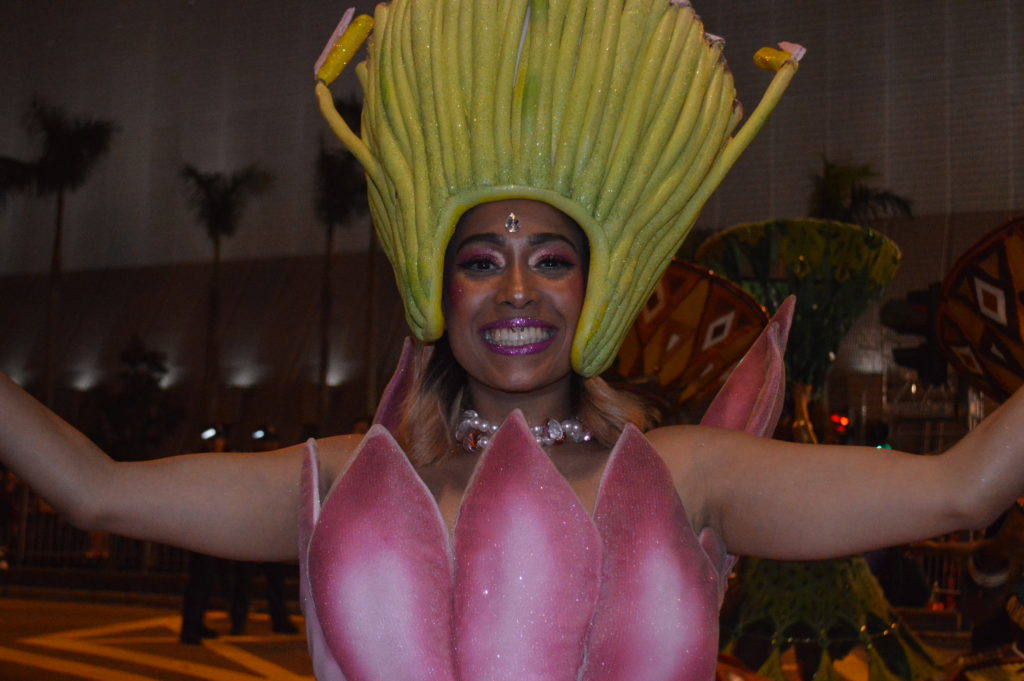 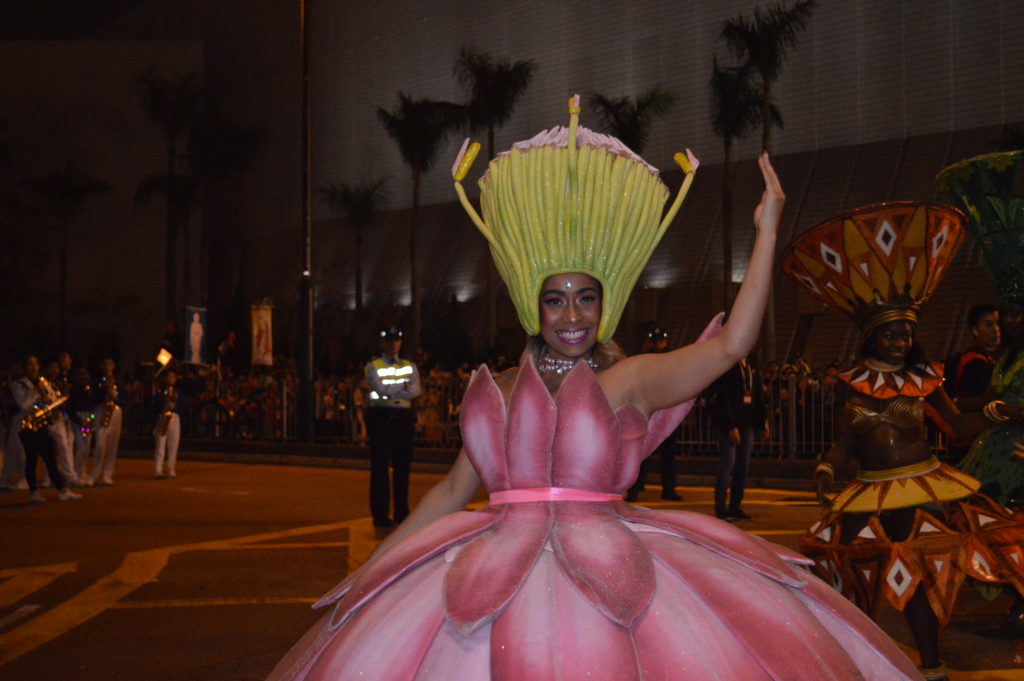 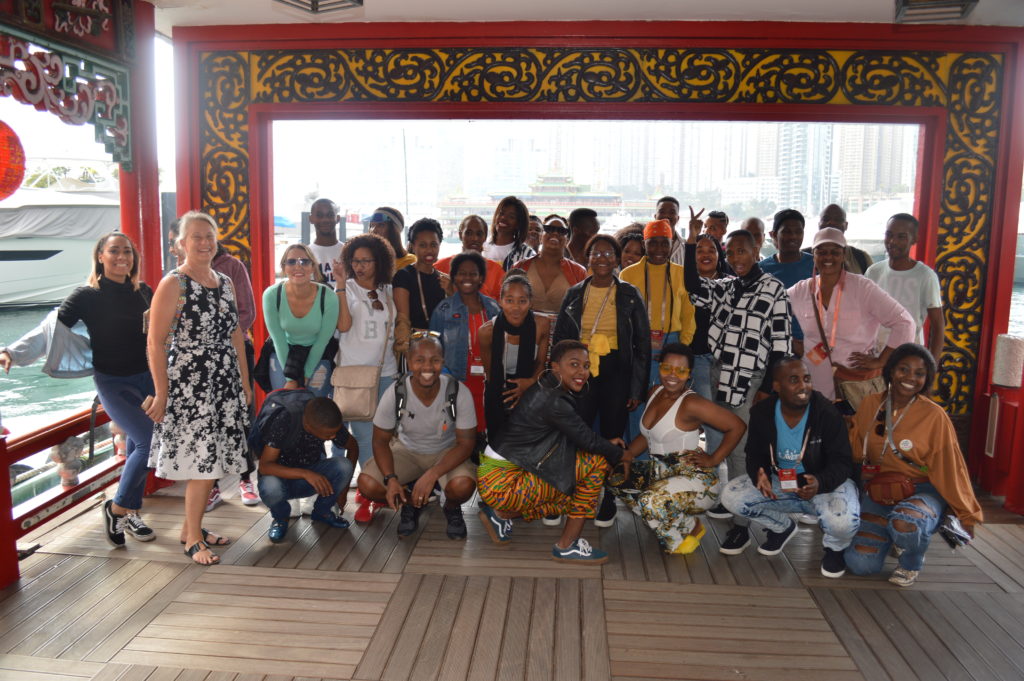 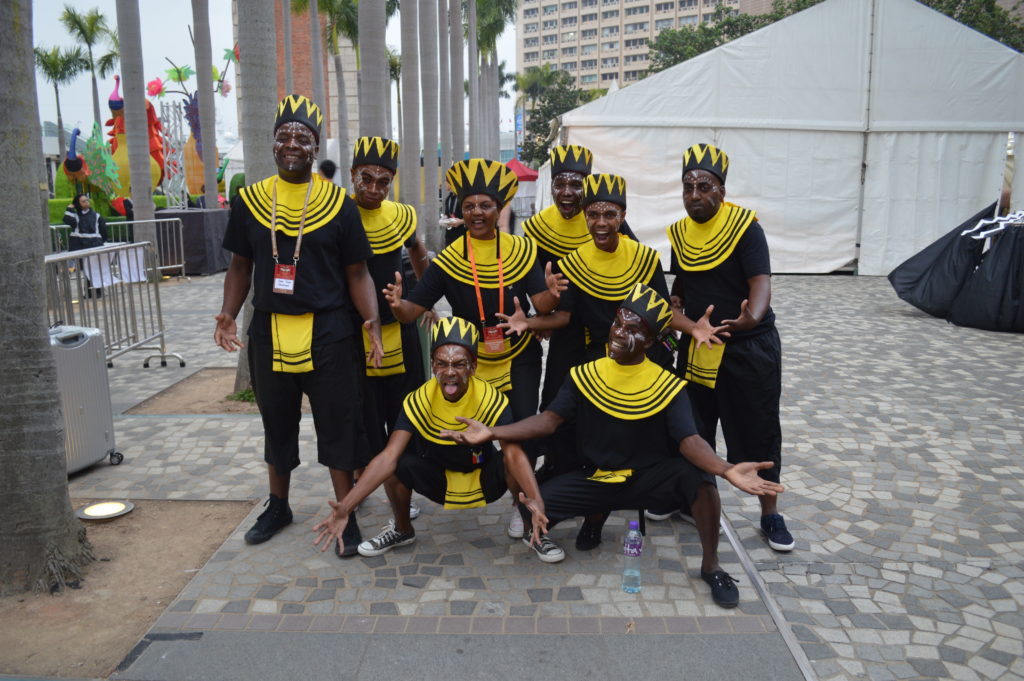 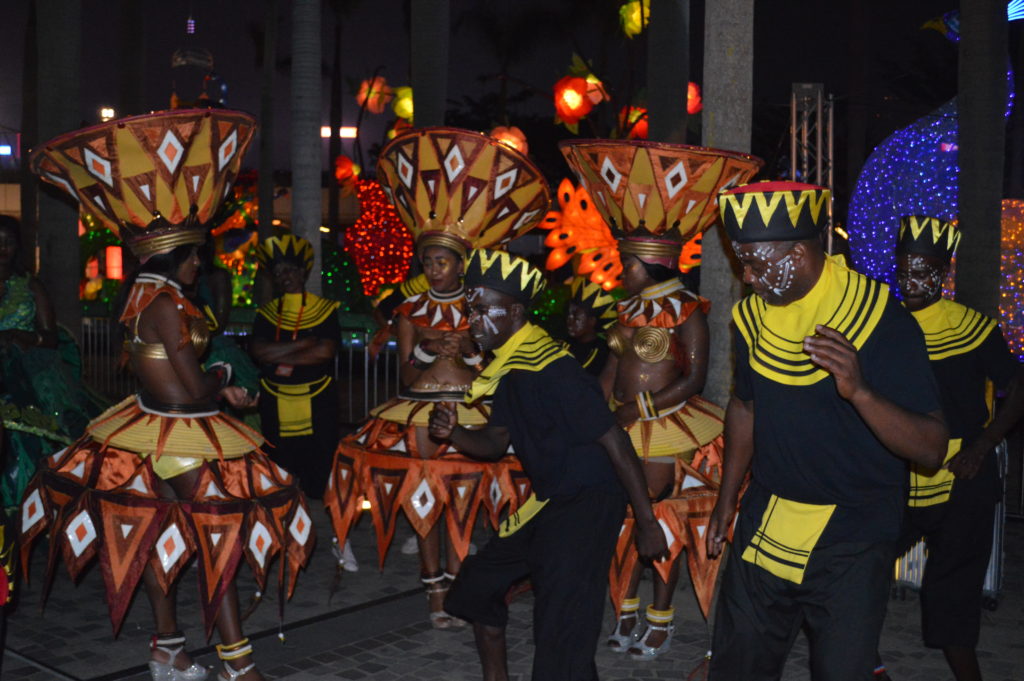 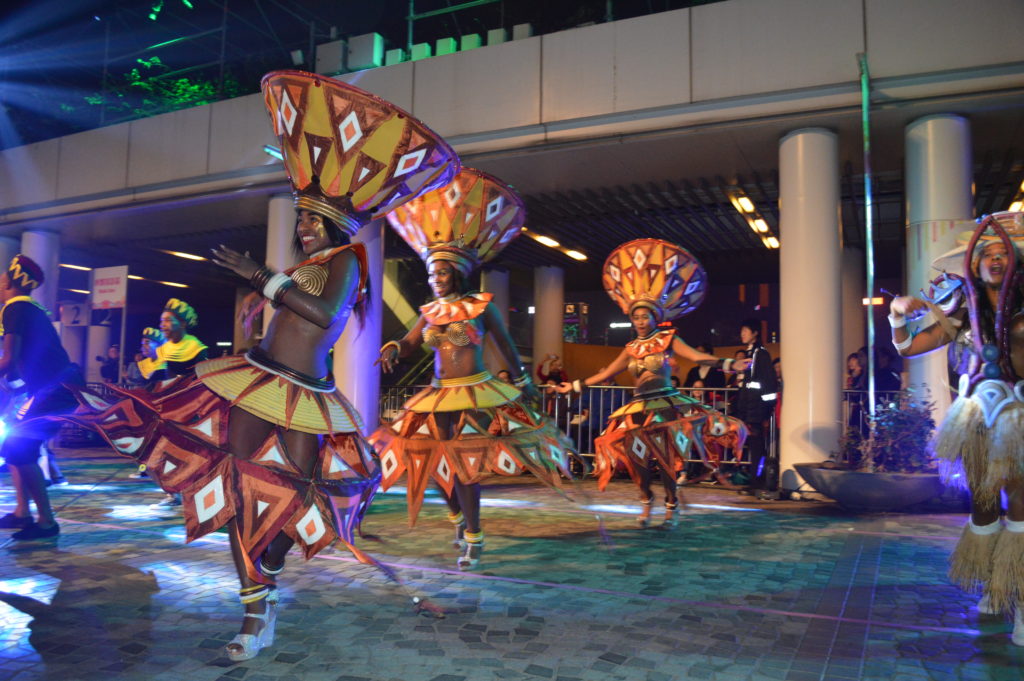 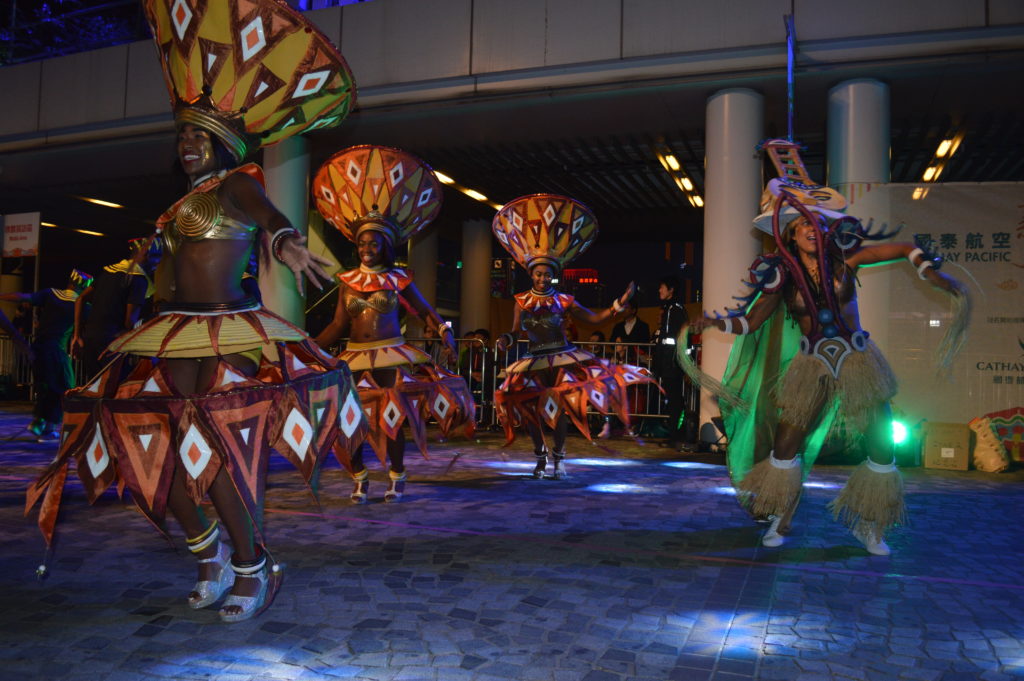 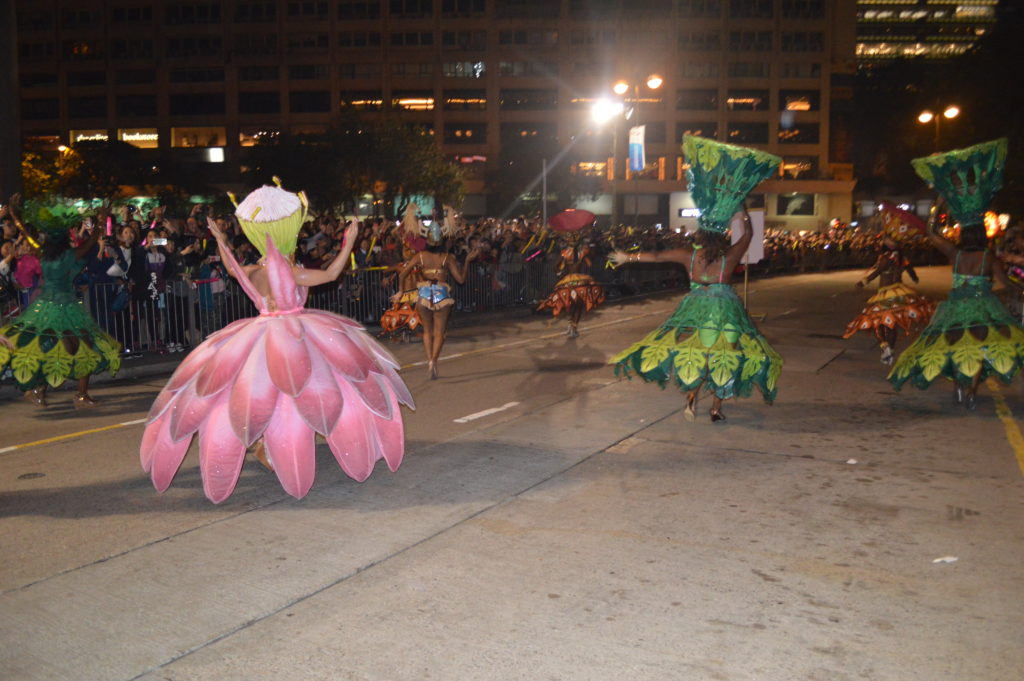 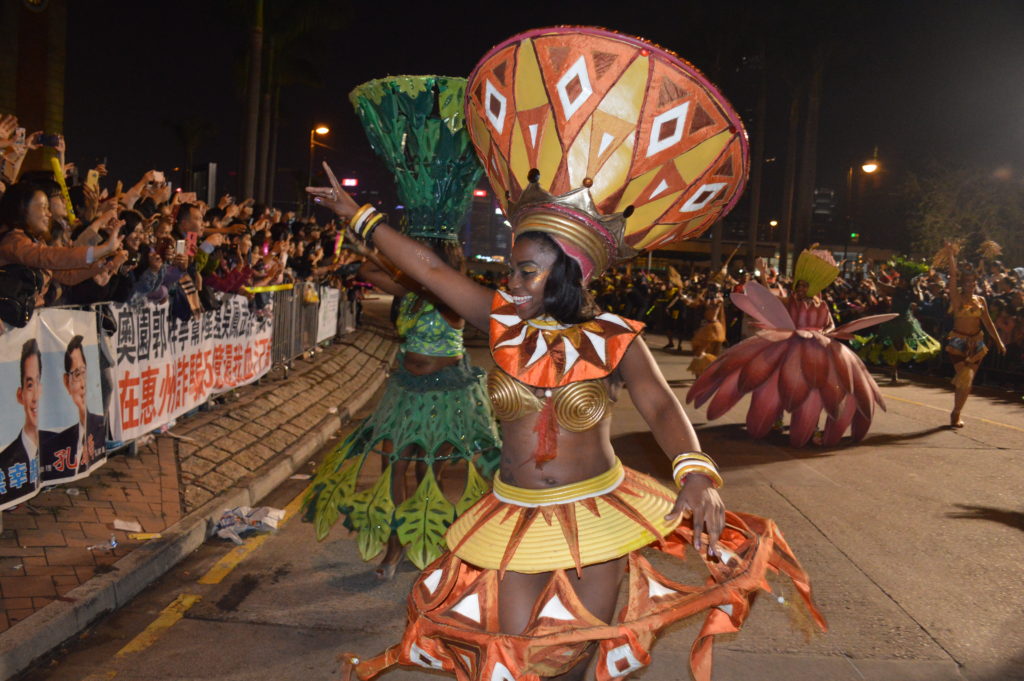 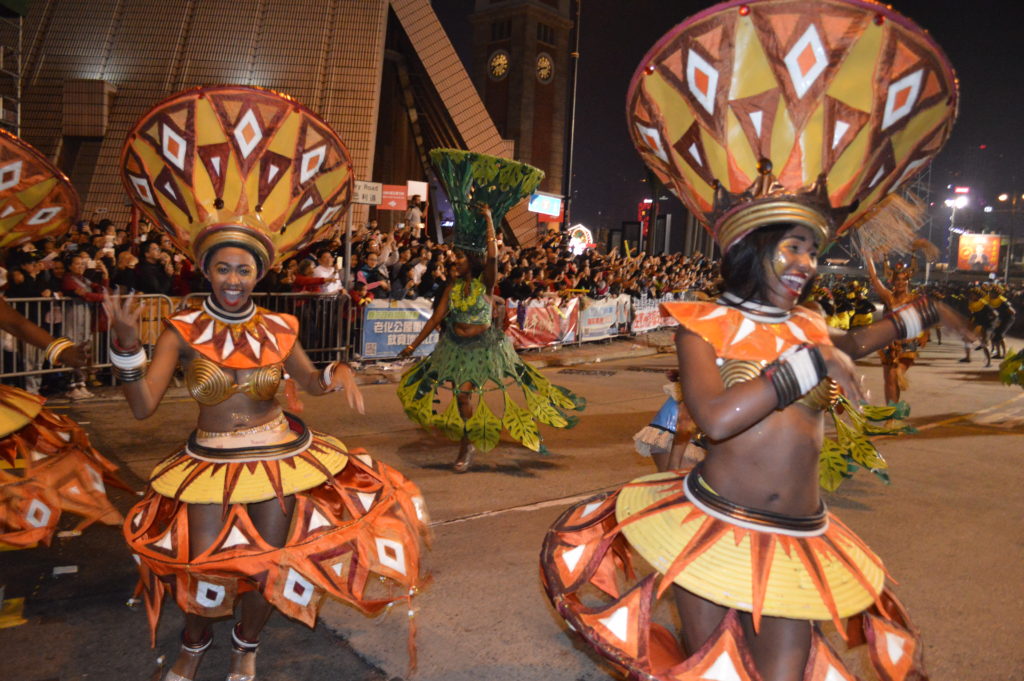 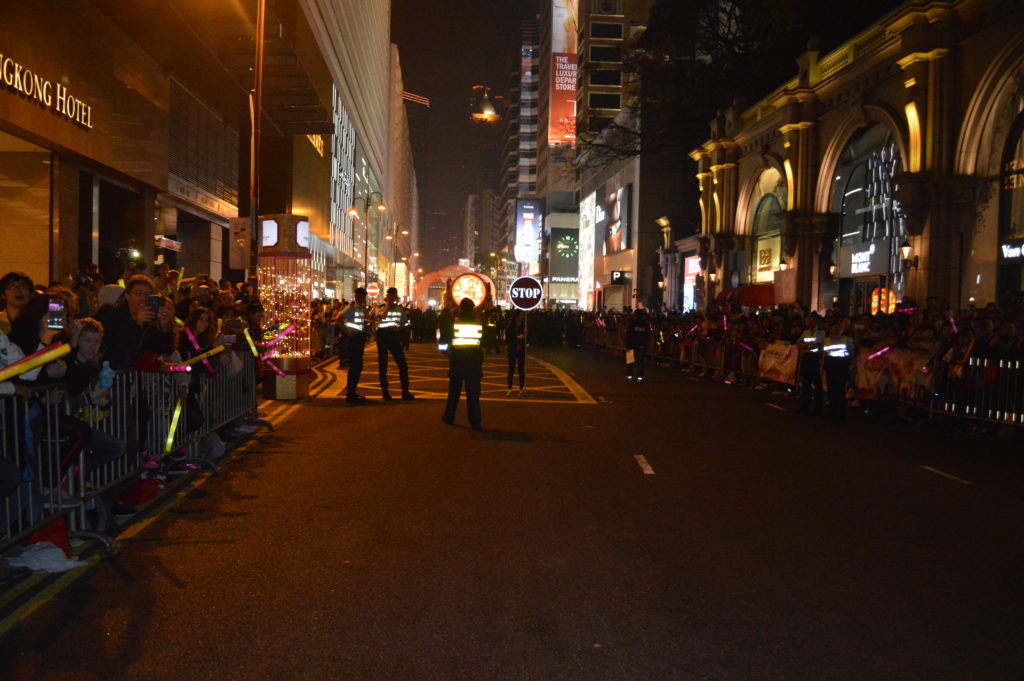 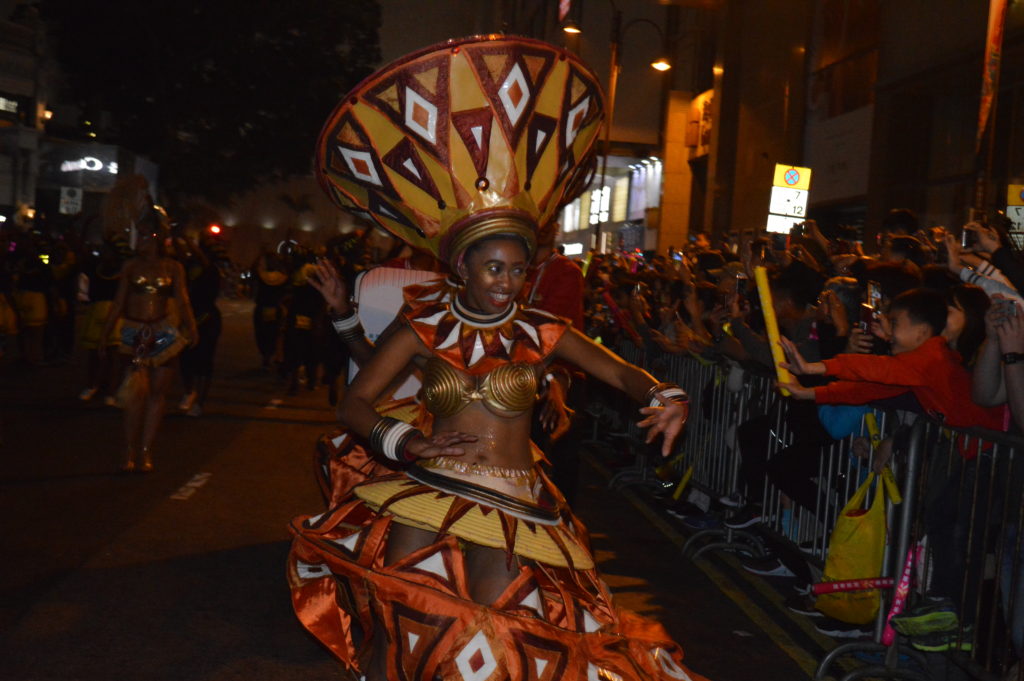 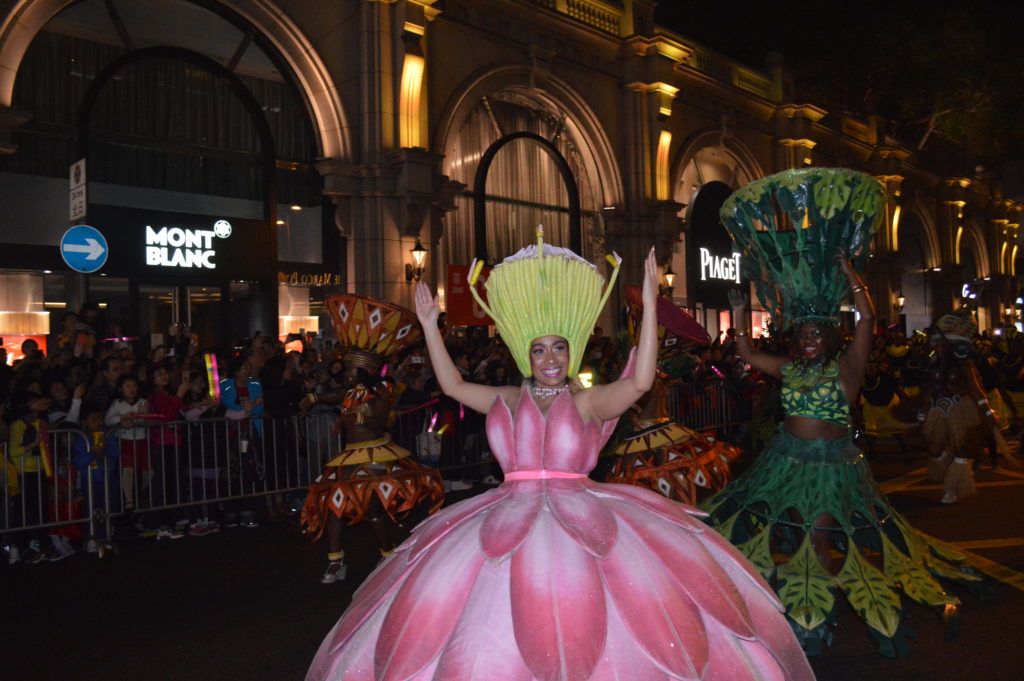 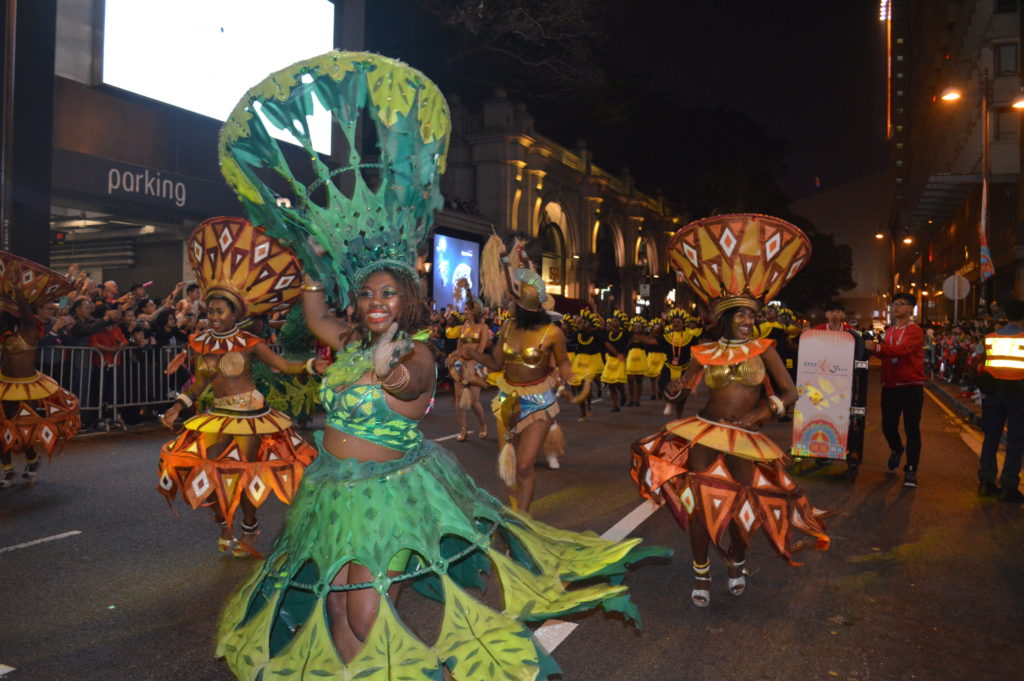