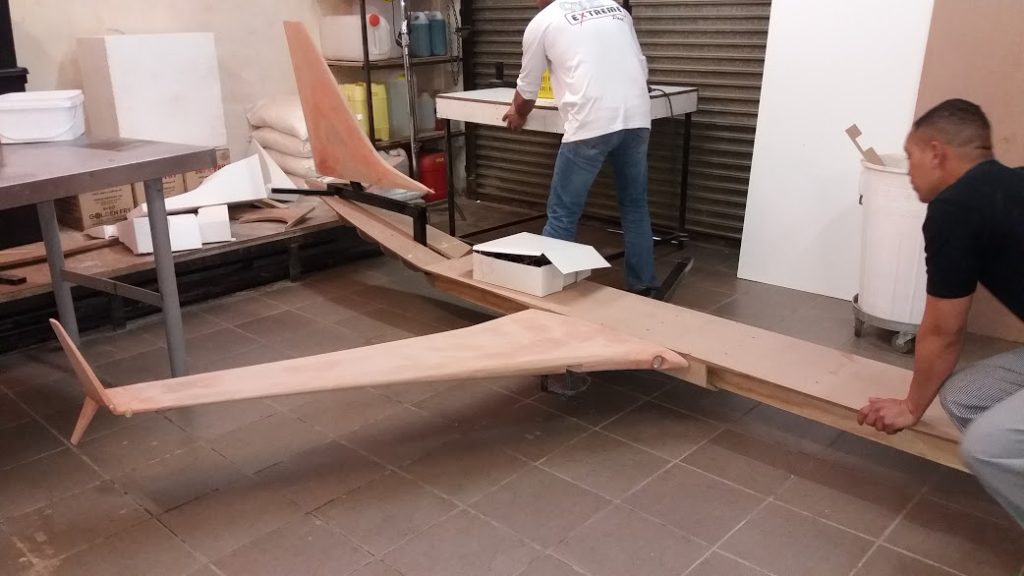 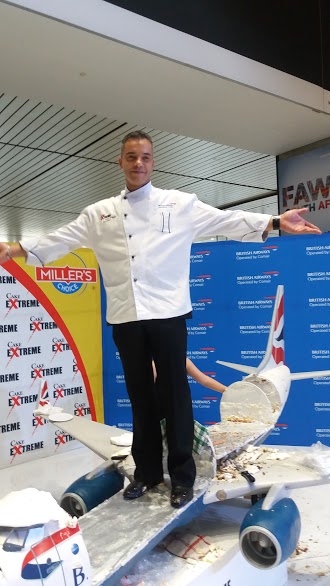 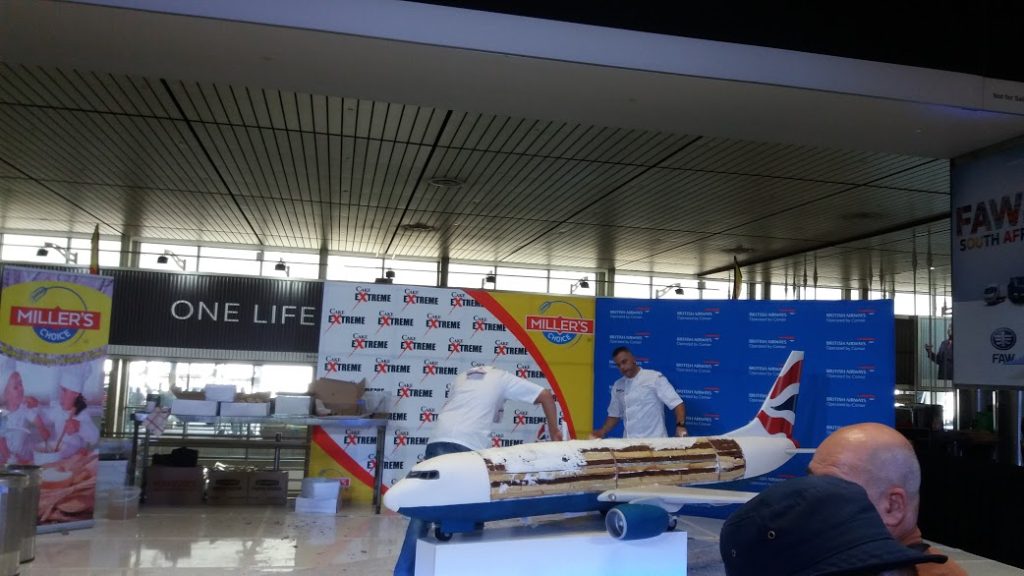 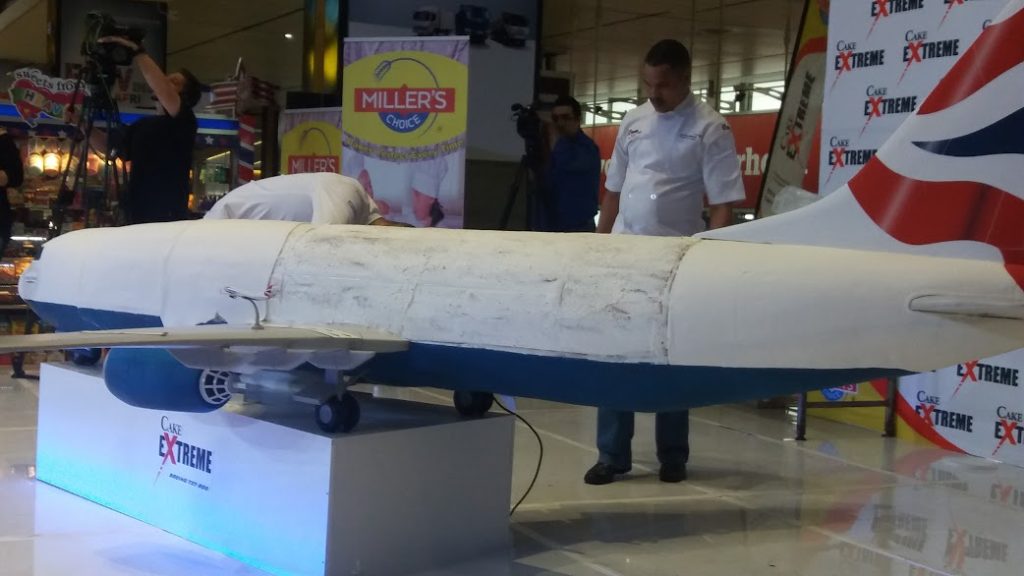 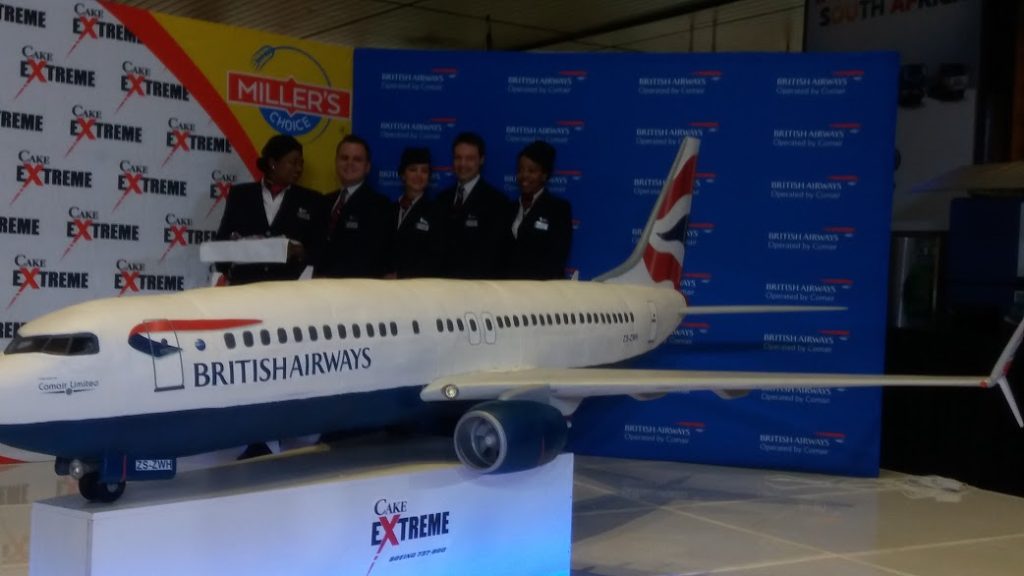 20 years of profitable airline partnership? That takes the cake

It’s taken 1575 eggs, 90kgs of cake flour and 4kg of baking-powder to produce, weighs roughly half a ton and looks uncannily like the fresh-from-the-factory Boeing 737-800 which will land at OR Tambo International Airport in a fortnight.

Today (EDS: Friday, 28th October, 13.00), sees the unveiling, cutting and sharing of four-meter-by-four-meter cake at the airport. It’s an ultra-realistic replica of the state-of-the-art airliner made by Paul Vieira and his team at Cake Extreme to celebrate the 20th anniversary of the franchise partnership between British Airways and Comair. It’s BA’s longest relationship of this sort and is celebrated in the same year that Comair celebrates 70 years of profitable, uninterrupted operation in Southern Africa.

The cake’s designation is ZS-ZWH, the same as the latest acquisition in Comair’s fleet upgrade programme which, says Comair CEO Erik Venter, is a sign of the airline’s confidence in the regional air-travel sector, the airline’s sound business-model and its enduring partnerships.

“That’s why we believe that our partnership with BA is worth celebrating and celebrating in style.”

A large component of the celebration is the cake, complete with rotating turbines in the engines, and wiring for navigation lights, making it the most complex and realistic confection made yet by Cake Extreme.

Vieira says designing the cake has required hours of researching the aircraft to establish its proportions, then measuring and cutting materials. In the same way that the real aircraft is a marvel of design and manufacturing that harnesses physics, so the cake brings some demands. In short, it’s something to bring contestants in the Great British Bake-Off out in a sweat.

In order to stand on its undercarriage, the sponge-cake that makes up the fuselage has an internal framework of metal, wood and polystyrene. “The wings, elevator and rudder are made of these materials, for example, and all must be covered with hygienic foil, food glue and fondant. The aircraft’s livery will be added last.

“I always dreamt of piloting an airliner, but making a cake that looks like one is not only hard work and immensely enjoyable; it’s also a reminder of just how much we rely on technology for many important aspects of our lives, like business.”

About British Airways (operated by Comair):

Besides having an extended route network in southern Africa as well as globally, British Airways’ route network is further enhanced through its oneworld® alliance partnership.